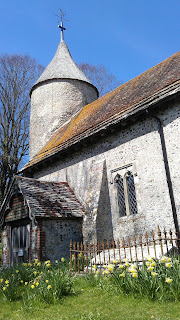 The Role of a Ward District Councillor – by Cllr Vic Ient

This is a copy of a talk I gave to Southease Parish at their annual parish meeting held on Saturday 23rd of April 2016. The meeting was held last Saturday, early evening in the beautiful ancient parish church. It was a lovely sunny evening. Clearly they are a very active parish and for such a small population they seem to do quite a lot. It was also a social occasion for people to get together and I enjoyed meeting catching up with residents.

Here is a copy of my talk:

Thank you for inviting me along. I am lucky to represent such a beautiful part of the South East.  My Council Ward includes the villages along the lower Ouse from Piddinghoe to Kingston as well as Falmer and St Ann Without. Some 11,000 acres in all – most of it the South Downs. Nearly 900 households and a population of just over 2000.  There are five parishes as well as hamlets.
I was elected last May for a four-year term, that’s if I last that long! I was first councillor in the 1970s in Kent. Then my working career took over but now I’m ‘retired’ I found myself councillor again. Norman Baker asked me to stand and the irony was that I got elected and sadly he didn’t. I probably came to his notice because of my campaigning on local issues either directly or via the South Downs Society and the CPRE.

As you may know there are 4 Democratic tiers of elected government: parish, district, county, national and European. In some areas there are also elected mayors and we are just about have our second election for a Police Commissioner.

Of course services and responsibilities between authorities differ. The Lewes District Council has direct responsibility for things like housing, Environmental health, Waste collection and planning.

In addition to district and County councils there are other powerful bodies involved in our local area including the local enterprise partnerships. We sit within the Coast to Capital LEP which stretches right up to Croydon and we border the Southeast LEP which stretches right up to Essex. Since 2012 we have had the South Downs National Park. The whole of my ward is in the park.

Members of the District Council get appointed to these bodies but for an ordinary member like myself it’s not usual. Though, I believe it’s important for a ward member to keep a close watching brief on what those bodies are doing. Indeed, it is important to keep a watching brief on all of the things which affect our area including public transport, government agencies and to be aware of how we can use the EU funding to the best benefit of the area.

At the district council members are appointed to various committees and I sit on Planning and Scrutiny committees as well as some others. I also try and shadow the lead member for waste and recycling.
Planning keep me very busy. The District Council deals with delegated planning on behalf of the National Park and thus handles some 95% of all planning applications in the area. On top of planning applications there are planning issues to deal with.

The scrutiny committee should be able to scrutinise anything which is going on in the district as long as it is operated by a public body. In practical terms it is quite difficult to bring new things up at the committee so one often uses the item on the agenda for ward members questions in order to raise matters. This also applies at the full Council and the Cabinet.

The Cabinet is the most powerful group in the Council. Most councils around the country adopted the ‘Cabinet’ form of local government following its introduction in the year 2000. This effectively vests most of the power of the council in the hands of  7 cabinet members. These are called ‘lead members.’ I don’t agree with this system but I believe the roles of a ward member is  to keep a very close watching brief on what the ‘lead members’ are doing and to try and influence them to the benefit of the local community.

One of the other jobs for a District Council Ward member is to act as a channel of communication to the various government bodies to and from the residents of their Ward. For instance,  alerting them to upcoming issues and changes. Over and above this the Ward member has the opportunity to act as champion for his area. Unfortunately this isn’t how most of the officers of the council see things. Sometimes one gets the impression you’re being a nuisance to them!
Officers have wide-ranging delegated powers and are constantly making decisions which affect the local community. I see the role of the Ward member as someone who is constantly checking on what’s going on to try and influence the officer’s decision or to try and bring it under some form of democratic control.

This also applies to outside bodies. The Local Enterprise Partnerships are very powerful. They are directly funded by government and can affect the local area. For instance the LEP and our area actively supports a second runway at Gatwick. LEP members are appointed by the Government - it is not a democratic body. This happens a lot these days. By the way Newhaven has just been given economic zone status and that means the council partnering with the 2 LEP.
Another outside body to be involved with is the National Park. Unlike the LEPs this is a fully transparent body although its members are nominated by the government,  the local councils and parishes. I support much of what they have done in their draft local plan and many of their initiatives.

By becoming elected to the District Council one becomes aware of many more government initiatives and changes in legislation. For instance a piece of legislation which is going through Parliament at the moment is the Housing and Planningbill. Many local authorities and certainly my political party are very concerned about the effect of this legislation. The upshot of reviewing new legislation is that you have to study it to understand it and to then go no to provide objective comments or proposals to national government.

As an elected member one becomes involved in how we can save money with the reducing grants from central government. In this respect were partnering with Eastbourne Borough Council and sharing services and officers. That’s all very good but the government is changing the structure of local authorities alongside this. Something which I’m concerned about is the move towards a ‘Greater Brighton.’  A Greater Brighton City Region has been agreed with government before I became elected.

I work closely with my County Council colleague,  Carla Butler.  Residents can talk to either of us about any district or county council issue. In this respect I am interfacing with the East Sussex County Council frequently with regard to highways issues and public rights of way matters as well as other things like the closure of Rodmell School. For a while now there’s been a consistent trend towards reducing services from the county council - because of government cuts  -  and that means there are lots of consultations. It is important to let local people know about those consultations via parish councils and directly if I have their email addresses but it’s also important for the ward member to make sure they comment adding weight to residents’ concerns.

A Ward member can also kick off his or her own initiatives. Amongst others I have 2 major initiatives - buses and safety on the C7.  The C7 issue has a working party made up of representatives from parishes along the valley and we are hoping to produce a long-term strategy for improvements. For public transport we have been working on ways of stabilising and promoting the bus services. One small victory we have had is to get the 132 bus to come up this side of the Valley on Sundays. I would also like to promote the CTLA dial a ride service.

There’s a myriad of other things which we are  involved with. For instance there is currently a review being undertaken by the Boundaries Commission to change the ward boundaries in our area. The important thing for the ward member to do is to make sure that the boundaries commission get the right feedback. Hopefully I’m doing that. 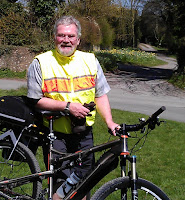 One of the nice things about being a ward member is getting out and about seeing people which combines seeing our beautiful countryside while helping residents ……… and, of course,  coming to events like this which is very pleasant.

The new Bexhill to Hastings Link Road (referred to in the summit) Earlier this year, I attended the Transport Summit  called by Ambe...